How To Become An Entrepreneur: Facts, Fiction and the Truth Skip to content

How To Become An Entrepreneur 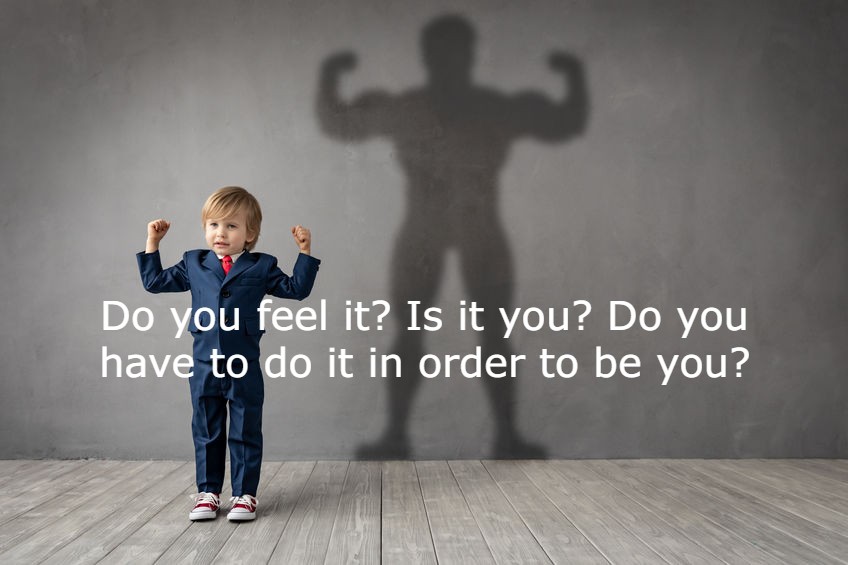 How To Become An Entrepreneur: What Does It Really Take?

A Look At How To Become An Entrepreneur

The use of ‘HOW TO’ is common language for an infinite number of instructional guides. But can there be a guide for joining a relatively small group? Can a person learn how to become an entrepreneur? In most cases, yes. And that ‘yes’ for most people revolves around two critical issues: Self-Knowledge & Desire. But, there are lot’s pitfalls.

Who Or What Do You Think Of As An Entrepreneur?

We’ve come to view entrepreneurs in a few ways that are not fully truthful. For example, the leader of a high tech start-up has been cast as the ultimate symbol of entrepreneurship for several decades. Certainly there’s an image associated with that niche. There’s wealth, glamour and perceived brilliance; all of which probably exists. But those high tech leaders and founders are just entrepreneurs in a given space.

Of course, long before our high tech superstars were ‘captains of industry.’ Henry Ford, Andrew Carnegie, and John Rockefeller all rose up from routine beginnings to become wealthy, powerful and famous. How about a more recent example that’s neither high-tech nor industrial related? Sam Walton also rose from routine beginnings. Of course, you know him as the founder of both Wal-Mart and Sam’s Club. None of these people sought out how to become an entrepreneur. They were driven to that conclusion through need, but it still took years to blossom.

What Is An Entrepreneur?

The examples above are of powerful and influential people made famous by their wealth and prominence. But in the most common sense, they’re still entrepreneurs. So, let’s start from the beginning. The word ‘entrepreneur’ has its origins in the French language and its meaning is simple: ‘to undertake.’  When translated to English, the word morphed into a variety of meanings: enterprising, risk taking, business owner. We all know many business owners and entrepreneurs. They take risks with their money and time. They’re enterprising. The point is quite simple. Entrepreneurs and entrepreneurship abound in free societies and there is simply nothing magical about the people or the concept. Or is there?

Knowing How To Be An Entrepreneur Is Instinctual For Many. For Most It’s Learned.

Those of us who are not self-employed see business owners differently from ourselves. We see them as more independent than us because they are. We see them as free from our style of work life (but that is far from the truth). And last, we can be jealous of what we perceive as freedom from the bosses, rules and regulations we face an employee (but again, far from the truth). The bottom line is that we do view the business owner, the entrepreneur as unique, as different. Why? Because, they in fact, are.

What Makes The Entrepreneur Different?

The difference between the employed and the self-employed is a vision, a desire and follow-through. Do you agree? Well, you’re right, you shouldn’t agree. Both the employed and the self-employed, if choosing to be successful, will demonstrate those attributes. Commitment and execution are required for success in any endeavor, so again, why is the entrepreneur different? They are independent and free wheeling enough to strike out on their own. Even so, knowing how to be an entrepreneur takes time to develop as with any other skill.

Here’s an interesting fact. Most U.S. adults would like to be self-employed. According to one Gallup Survey, more than one-half of the population would rather work for themselves, but actions speak louder than words. As the data above show, less than 1% ever take action. Why? They lack the focus, clarity and direction required to take that enormous leap from employed to self-employed. So we ask again, what’s the missing ingredient? That extra something is the need and drive toward independence that puts them over the top and forces them, not allows them, but forces them to leave the pack.

Desire Is Part Of How To Become An Entrepreneur? But What Kind Of Desire?

Some things in life are easy, others are hard. In the case of entrepreneurship, the hard part is leaving one’s comfort zone and taking on an entirely different persona. The gap between Gallup’s 57% of people wanting to be self-employed and the less than 1% that ever achieve it is obviously something enormous. And it is. One must have a dream of doing or being a particular thing. And that dream will only be fulfilled on one’s own. To use the word independence cannot be stressed enough. With it the formula is complete. Without it there will never be a start-up. So the question is: how much independence is enough?

The entrepreneurial personality is not that complex. Probably no more complex than the general population with the exception of doing things on their own. So we revert back to ‘who do we think of as an entrepreneur’ and ‘what is an entrepreneur?’ They’re high tech wizards and they’re retailers on Main Street, but they’re all separated from the rest of society by their need for and their ability to be independent. Nothing more, nothing less.

So The Big Reveal: How To Become An Entrepreneur. (You’re Going To Be Mad, At First. Just Wait.)

Step 1. Define the vision. The vision must be clear whether mundane or unusual. Even if not yet achieved, it has to be seen by the entrepreneur; seen clearly. Yes, you know this.

Step 2. Create the plan. What are the steps required to move from visualizing to action? Yes, you know this.

Step 3. Act on the plan. What? You already knew this? Hang on, there’s more.

Step 3 Is The Hardest Of All – And It Should Be

What’s Stopping The Other 56+% Of Wanna Be Entrepreneurs?

They’re just not sure enough to make the leap. It’s scary and that’s perfectly natural. There are a lot of unknowns and most people don’t like the unknown.  The common reasons for not acting are obvious and logical: the timing is off, other commitments, not enough money, can’t find a location. None of those are reasons that keep the serious, no holds barred entrepreneur from moving forward, but they do stop most and for them, those reasons are real and sufficient. No manual on how to become an entrepreneur is ever going to work because it’s a uniquely personal endeavor and every person has a different schedule. Most will never be ready for good reason.

And then there’s the reality of what happens to start-ups. There’s plenty of data to support staying put and not leaping out of the plane. Plainly and simply, most new businesses fail. That’s more than enough reason not act. Understandable.

Now, What’s The REAL REASON Most Do Not Proceed?

We can all dream up a business idea. If not something original, we can copy a successful person from the next town over. The real issue that stops people from moving forward with the ideas, their plan, their need to be free of the workplace and do things for themselves is a clear personal plan and vision that so embodies who they are as a person, that to do anything else would leave them void in life. They have to do it. Entrepreneurs know themselves and are are driven to express themselves in an independent environment.

This is not to say that people fitting the above description don’t fail. Of course they do. But that percentage of people that understand themselves, whether consciously or unconsciously, and also want the independence to express themselves will become entrepreneurs. They will find their way into ventures that fit them and satisfy them.

Who Can Be An Entrepreneur?

When all is said and done, the truth is that almost anyone can be an entrepreneur IF THEY SO CHOOSE. And if a person wants it, they will first recognize that it’s a lifestyle, not a job. In fact, it’s an all consuming lifestyle, but that will be welcomed. It’s a means of expressing just who they are as a person, so that will feel right. It’s a road that’s not just tempting, but must be travelled. And that will feel right, and be right. These are phases that people move through before they’re ready, and that’s the best possible path to successful entrepreneurship. Knowing how to become an entrepreneur shows itself to different people at different stages of development. But even though a person is finally ready, the leap is still something new.

A System For Personal & Entrepreneurial Exploration

For those who know their entrepreneurial selves intuitively, the phases are natural and there’s clarity from an early stage. For others, and that would be most, an evaluation, an inventory has to be taken to define that person within and form a plan that blends a venture (of independence) with that person.

The Focus Program For Emerging Entrepreneurs is the only insight system that helps people assess themselves as potential entrepreneurs, visualize themselves in a self-employment setting and make strong personal decisions that are necessary to be grounded and move forward. The Focus Program is not a guarantee of success. But it is a guarantee that anyone who thinks they want to be self-employed will know themselves far better following the process than they know before it.

Consider the big picture, meaning that most people would like to be self-employed. You’re probably among them. If so, you’re likely to be halted by real doubts and reservations that are healthy signs to not lurch ahead. However, if you have a means of exploring your potential entrepreneurial self and can remove those doubts, would you take that trip? Would it be worth that venture to find out that entrepreneurship is NOT the right road to travel?

On the other hand, if you find that self-employment may be the right road, would you be better off moving forward with a clearer vision of yourself as a potential entrepreneur? Should you have a more focused view of yourself and how that person might go with a certain type of venture? If so, The Focus Program For Emerging Entrepreneurs may be exactly what you’ve been searching for. Knowing how to become an entrepreneur will never be a simple plug and play formula. Like anything of value, it takes time to know and grow, to nurture oneself and to find the right environment and venture. Good luck going forward.